This week on THAT’S AWSM! we’re riding the wind & waves with 15-year-old ZOWIE from Battleford, SK, and actor GRACE DOVE, from Prince George, BC. Grace is best known for her work in The Revenant, in which she played Leonardo DiCaprio’s wife. Grace shares her audition preparation process with Zowie, an aspiring actor herself, in Vancouver’s beautiful Stanley Park. Then, they suit up to try their hand at Windsurfing at the city’s spectacular Jericho Beach!
Share

Windsurfing is a water sport that combines two activities, surfing and sailing. It consists of a board 6-8 feet long, with a sail attached, and is powered by wind. Windsurfing only became a recreational activity in the 1960s, but history tells us the Polynesian people would make day trips over the ocean standing upright on a solid board with a vertical sail.

Grace & Zowie tried it out on Jericho Beach with Windsure Adventure Watersports! 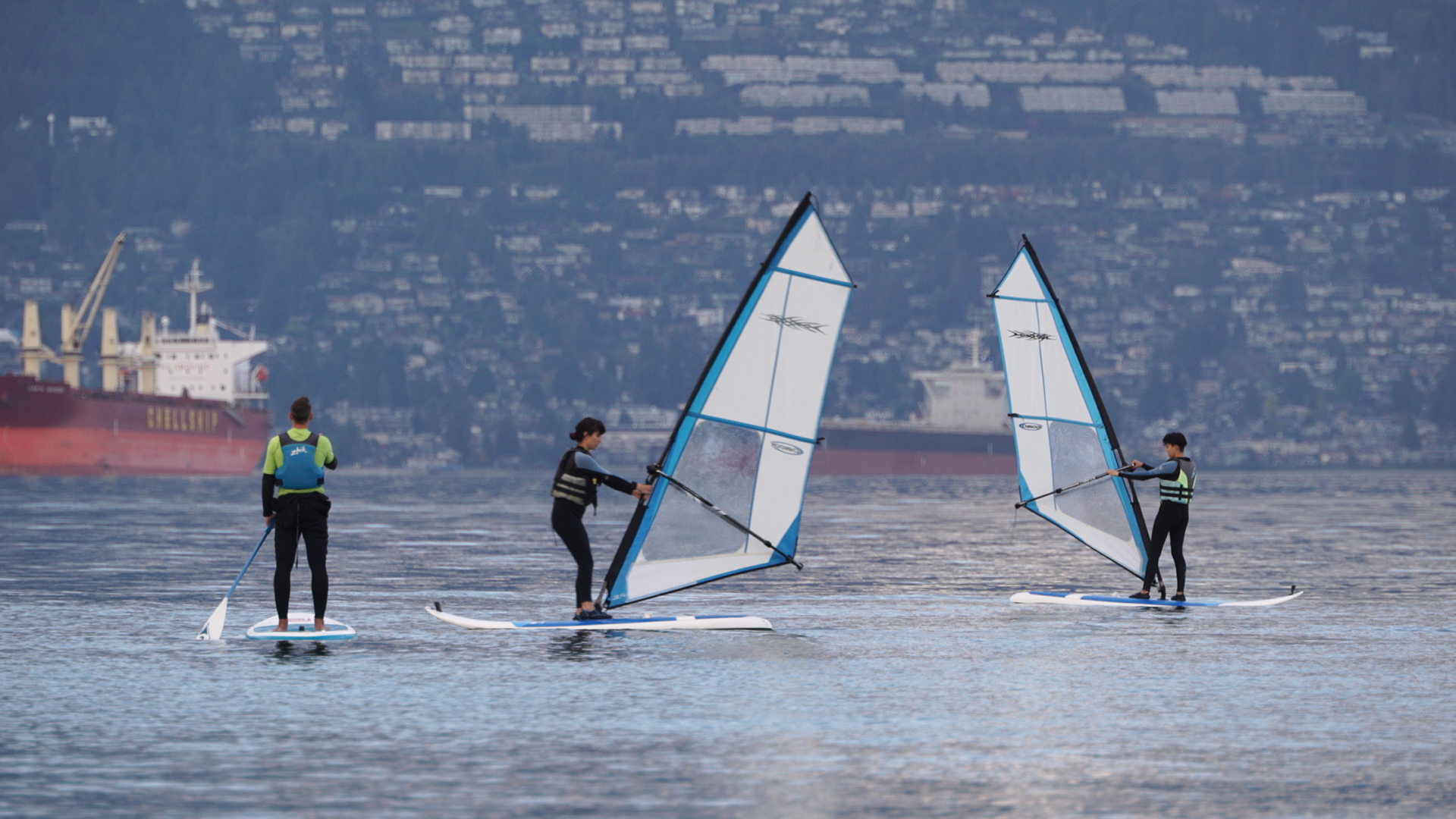 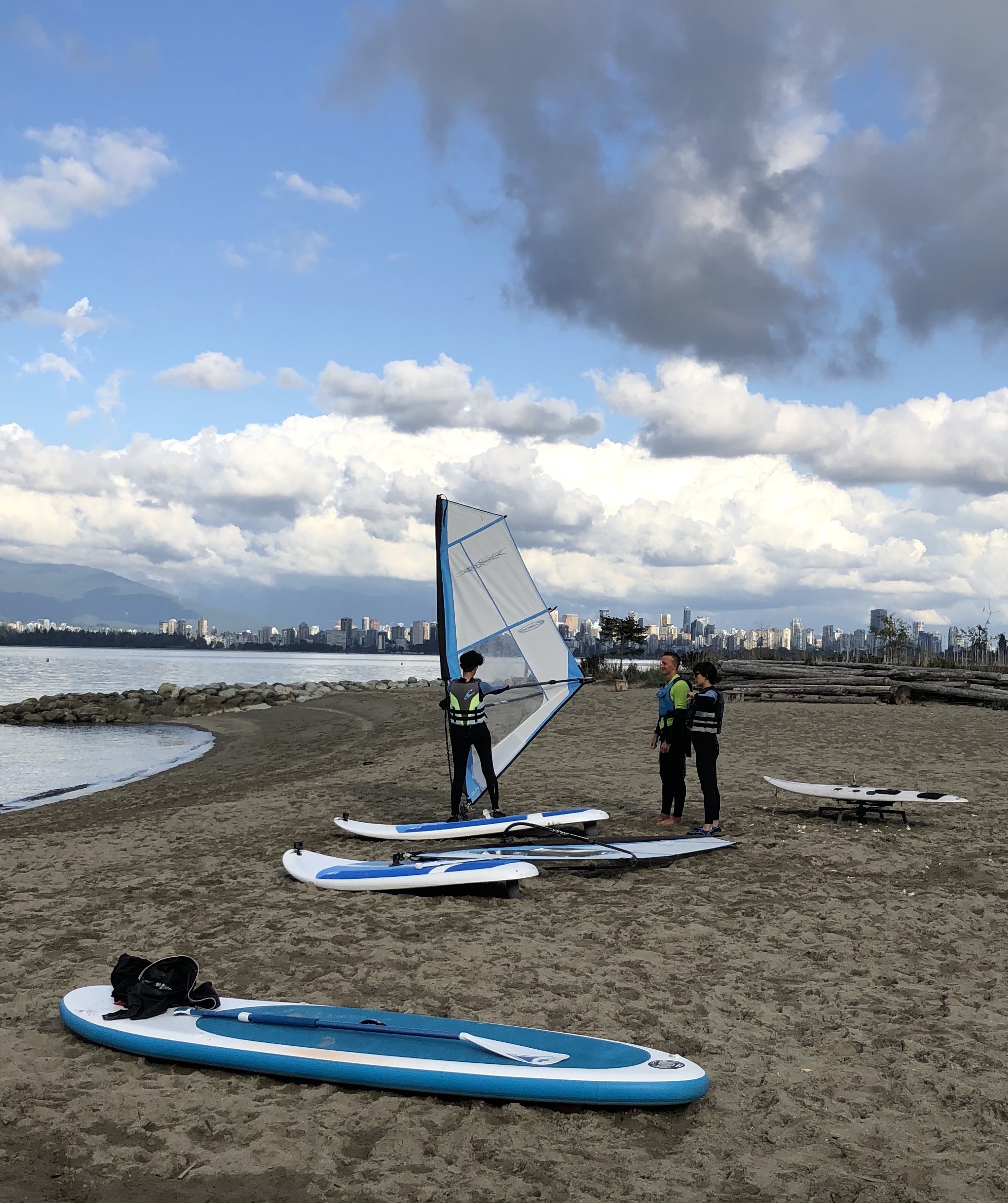 Good to practice on land first... 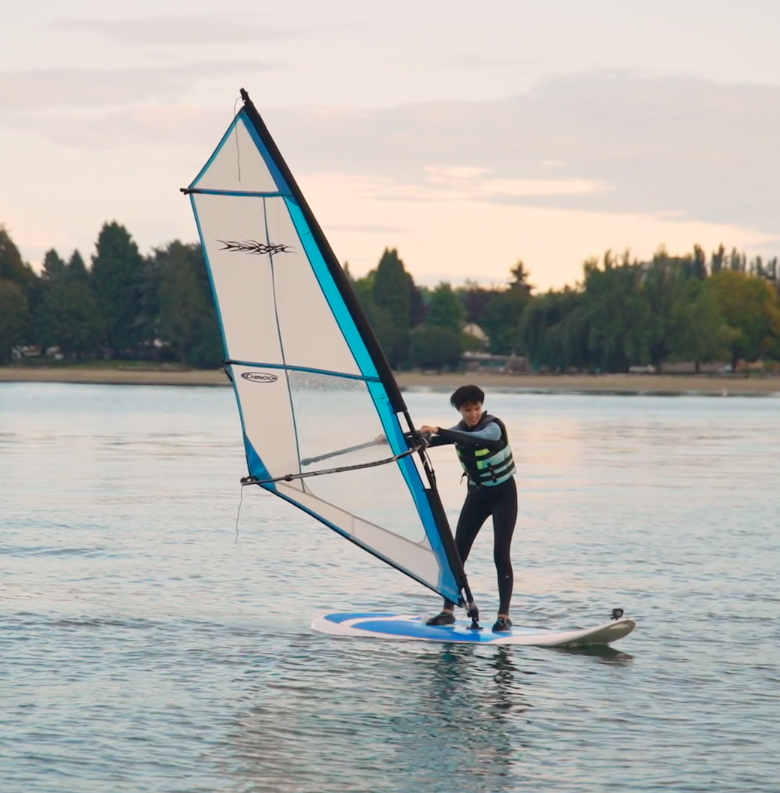 Zowie getting that hang of it! 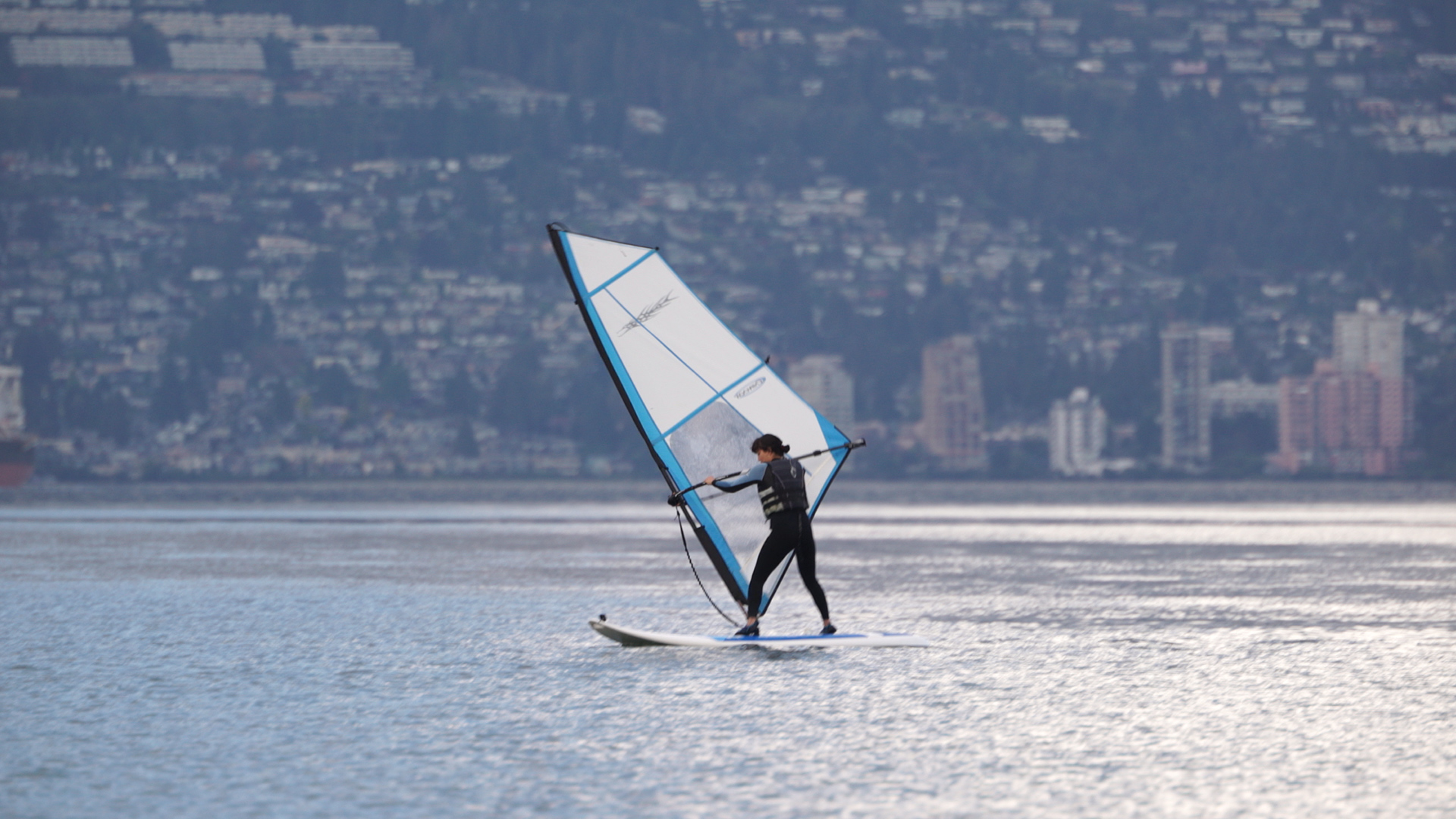 Did you know the first recorded performance by an actor dates all the way back to 534 BC? It all started with Thespis, a Greek performer who is said to be the first person to ever appear on stage as a character in a play. It took place at the Theatre of Dionysus in Athens, Greece. The remains of this theatre are still there today, at the foot of the Athenian Acropolis. Thanks to Thespis, actors are also known as ‘thespians’.

Zowie & Grace chatted about acting and all sorts of other stuff in beautiful Stanley Park! 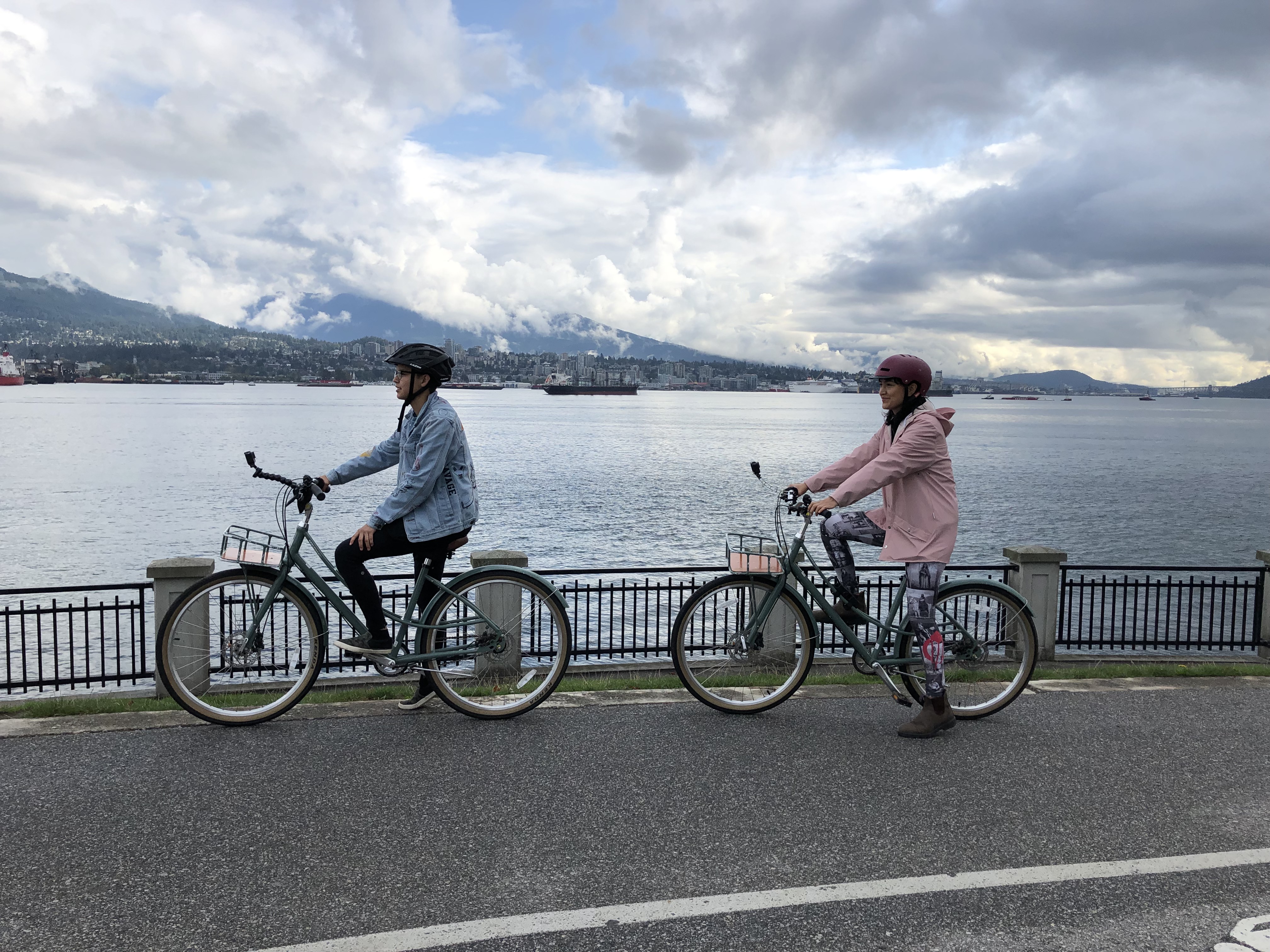 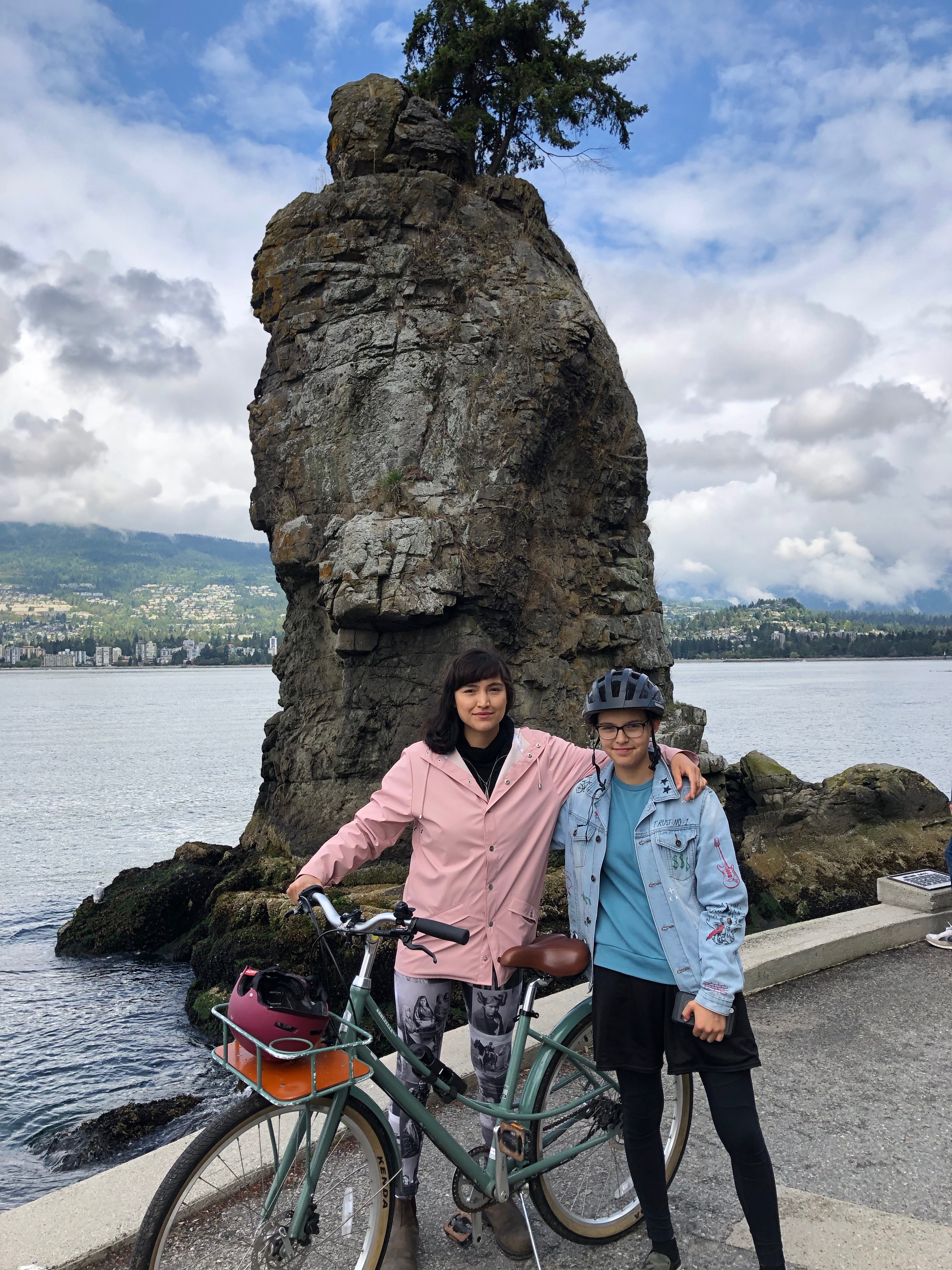 Siwash Rock - see our Fun Fact below for more info! 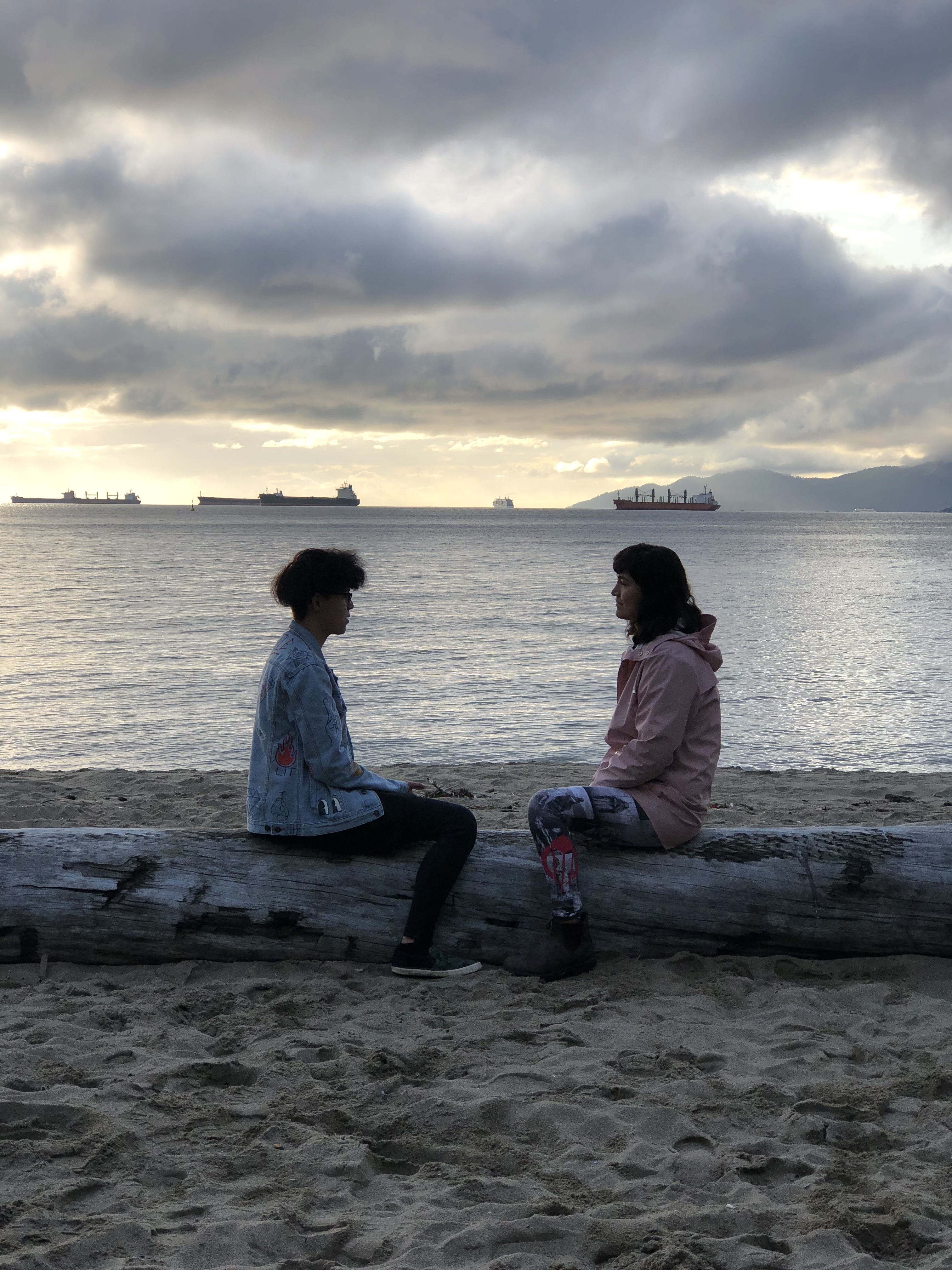 Deep discussions in a beautiful setting! 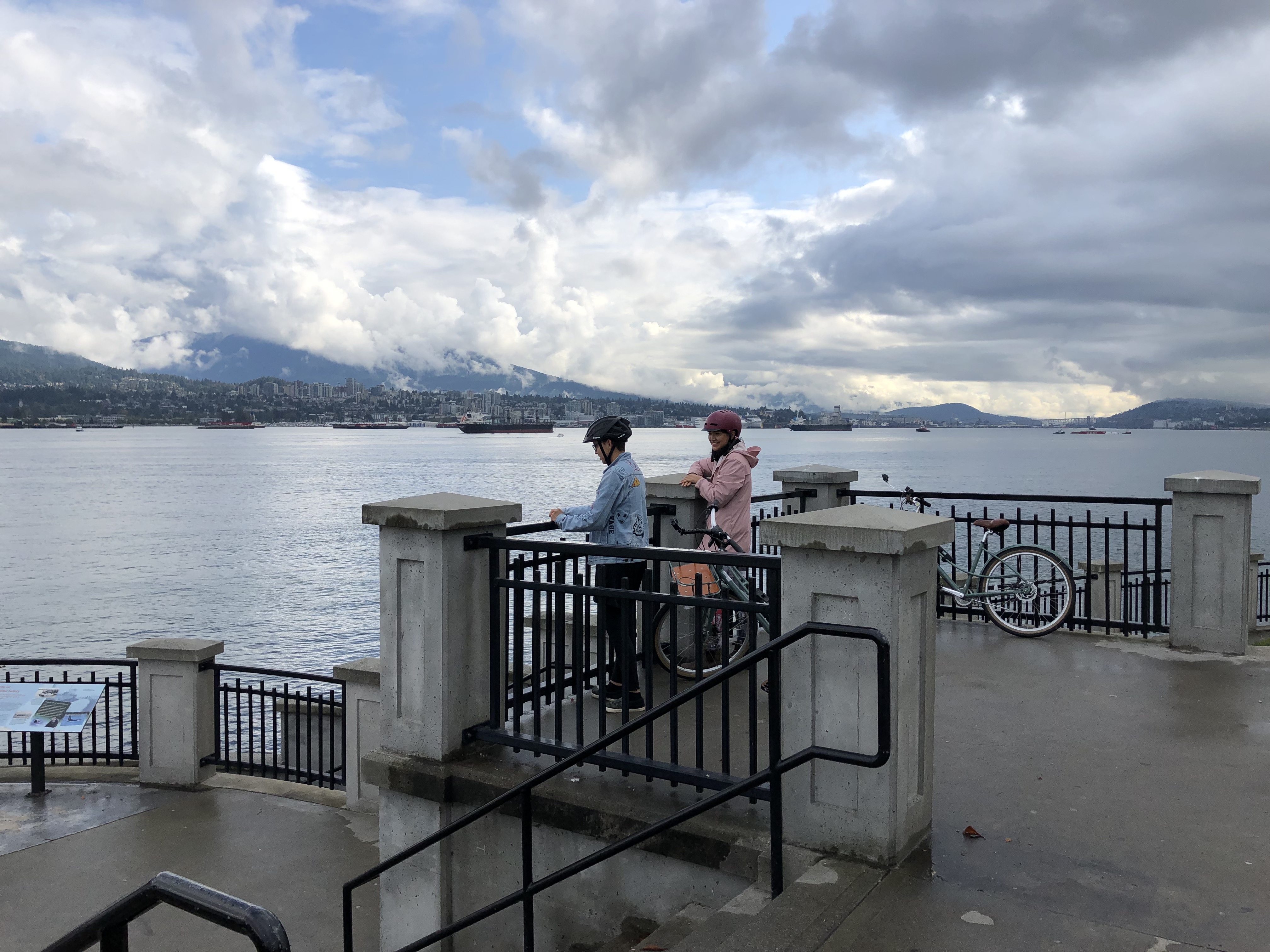 There is always a lot of fun to be had behind the scenes on a TV show… here are just a couple of those moments from this episode – enjoy! 🙂 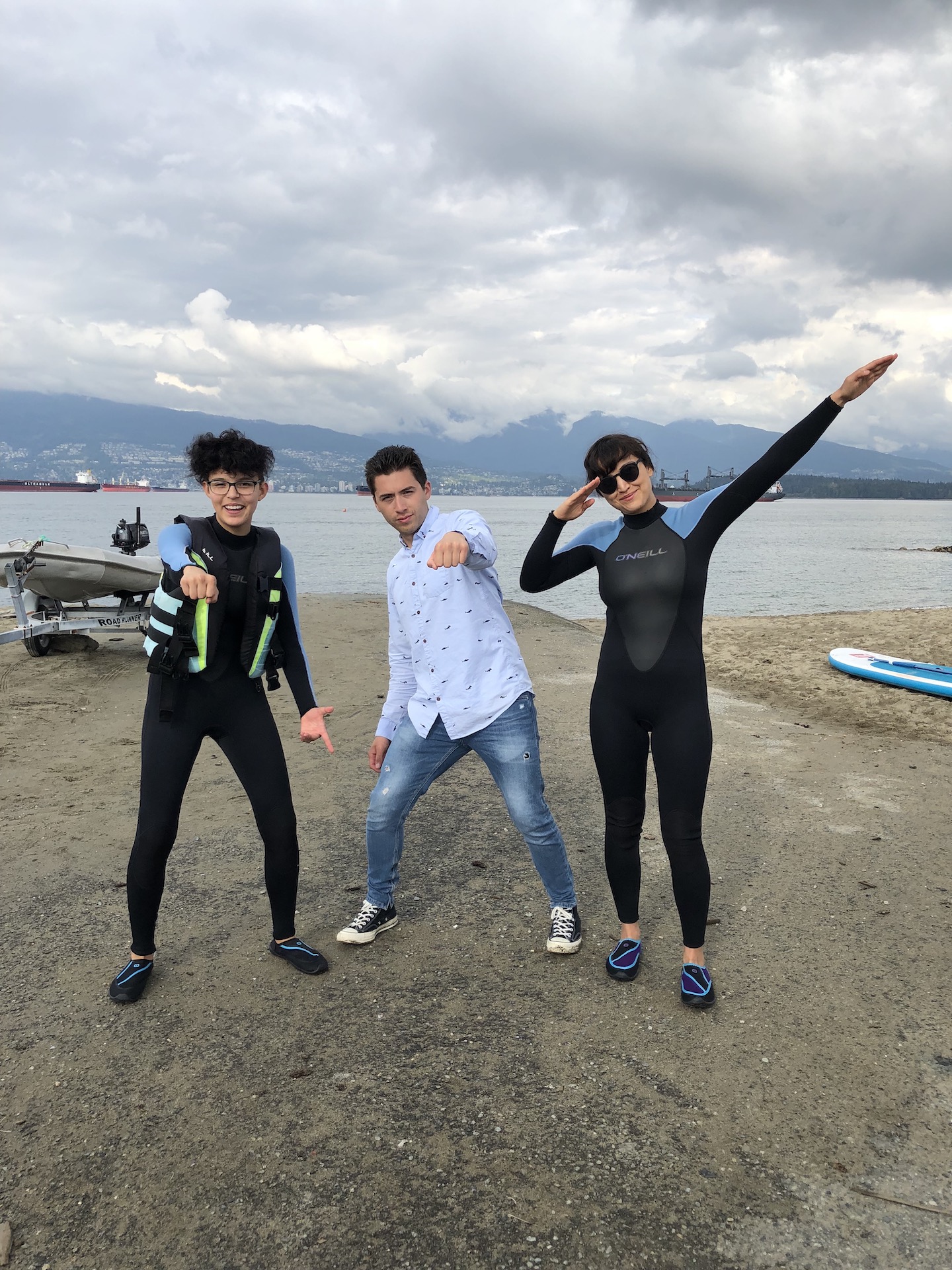 We interrupt this filming for a short nature interlude... 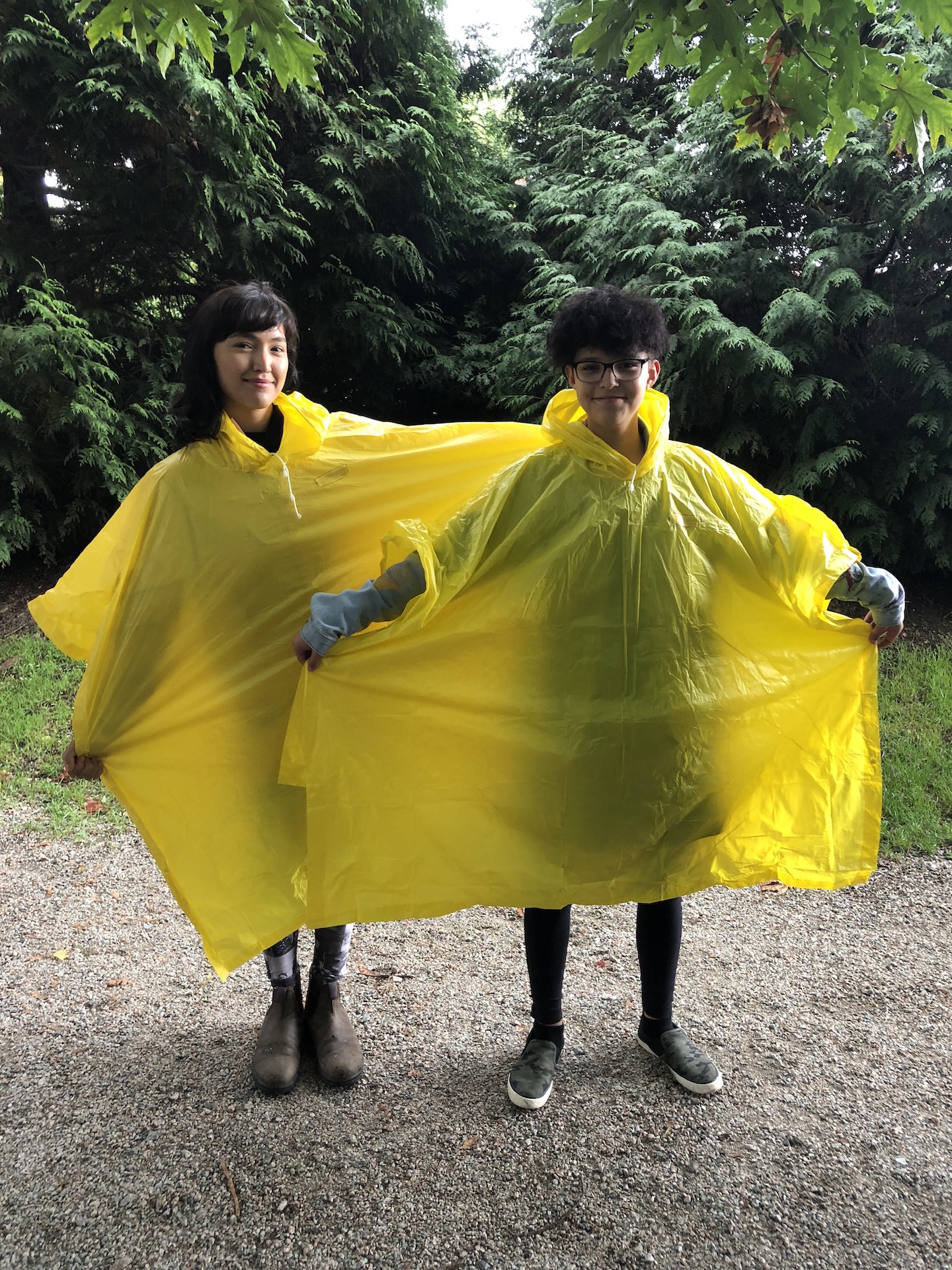 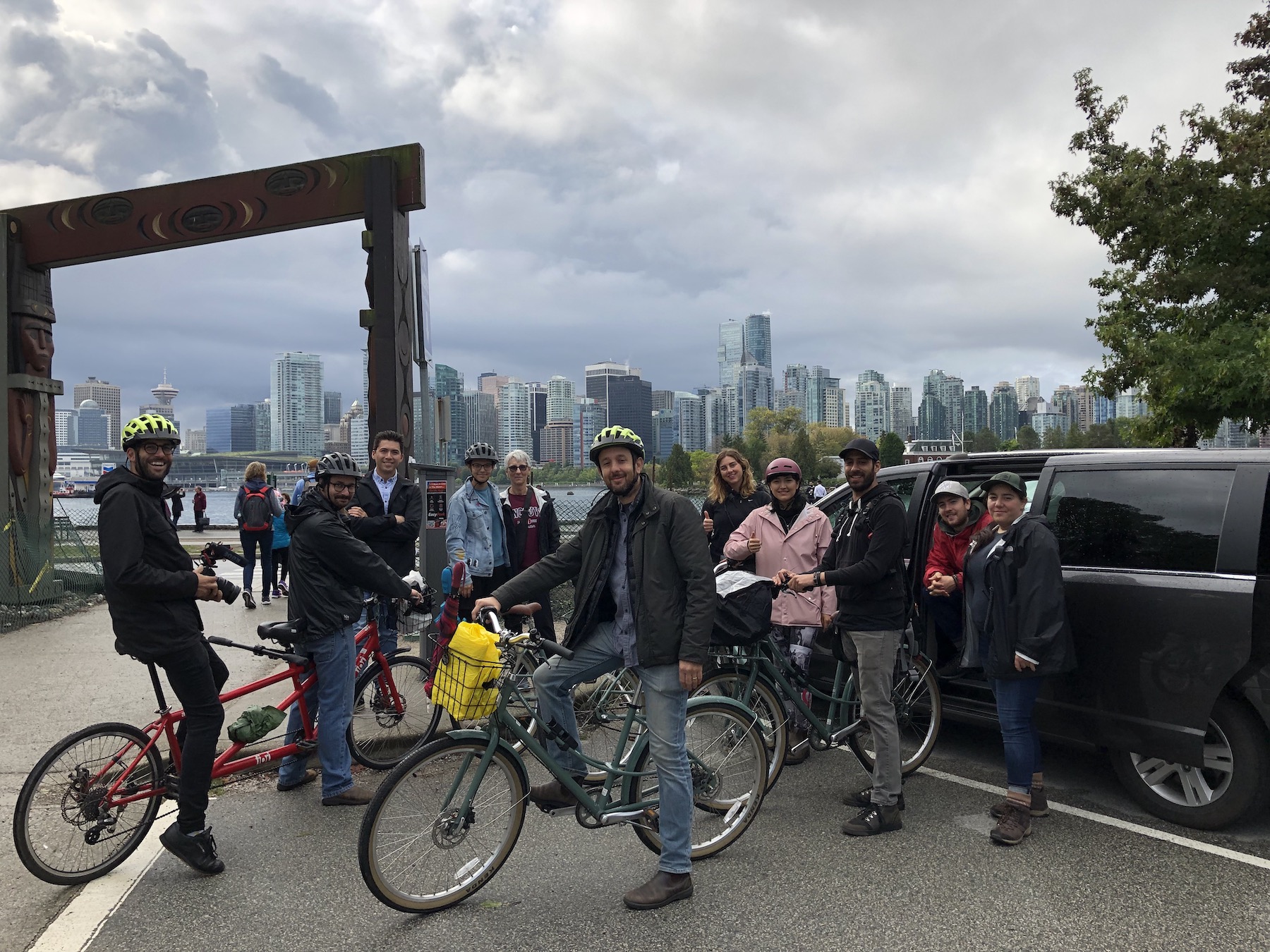 How do you film a scene that takes place on bicycles? Why you put the whole crew on bikes as well!

Team effort! Sorry for stepping on you Darcy!

Just in case you needed a calm moment of beauty... take a deep breath and enjoy the spectacular forest of Stanley Park!

ZOWIE is a 15-year-old Cree youth from Battleford, Saskatchewan, and belongs to Thunderchild First Nation. She’s an aspiring actor, who also has an ear for music – she taught herself how to play the bass guitar just by watching YouTube videos! Zowie also has a knack for sewing, and loves to make herself new clothing items out of her little brothers’ Marvel pajamas. Her favourite traditional food from her community is ‘flour soup’, which is tomato soup with ground beef, vegetables, and flour – which she says makes a really weird texture – but she loves it! Zowie says her best quality is her kindness. She once cut off all her hair to help cancer patients!

GRACE DOVE is a Shuswap actor from Prince George, BC, and belongs to the Canim Lake First Nation. She is best known for her work in the Academy award-winning film, The Revenant, in which she played Leonardo DiCaprio’s wife, as well as Netflix feature film, How It Ends and hit series, The Order. Grace got her start as co-host for APTN’s UnderEXPOSED, an action-adventure documentary series that followed a team of extreme sports photojournalists. Grace is a natural athlete who loves the outdoors, but also enjoys practicing yoga, and hanging with her pup. Next up for Grace – she’s making the big move to Hollywood!