This week on THAT’S AWSM! Rylan, a thirteen-year-old Mohawk soon-to-be rockstar, and Ana Golja, one of the stars of Degrassi: Next Class and Full Out: The Ariana Berlin Story, will be getting a little dirty as they head out to the motocross track! First they will be playing dress-up behind the scenes at the Opera de Montreal – an Icebreaker that combines Ana’s love of fashion with her passion for opera These two are like the powerhouse engines of their motocross bikes, leaving only dust behind as they forge ahead… Tune in to see them whip around the track on this week’s episode!

This episode was so funny! Do you know how long it took me to make that robot head… a long time… with a little advice from the crew! 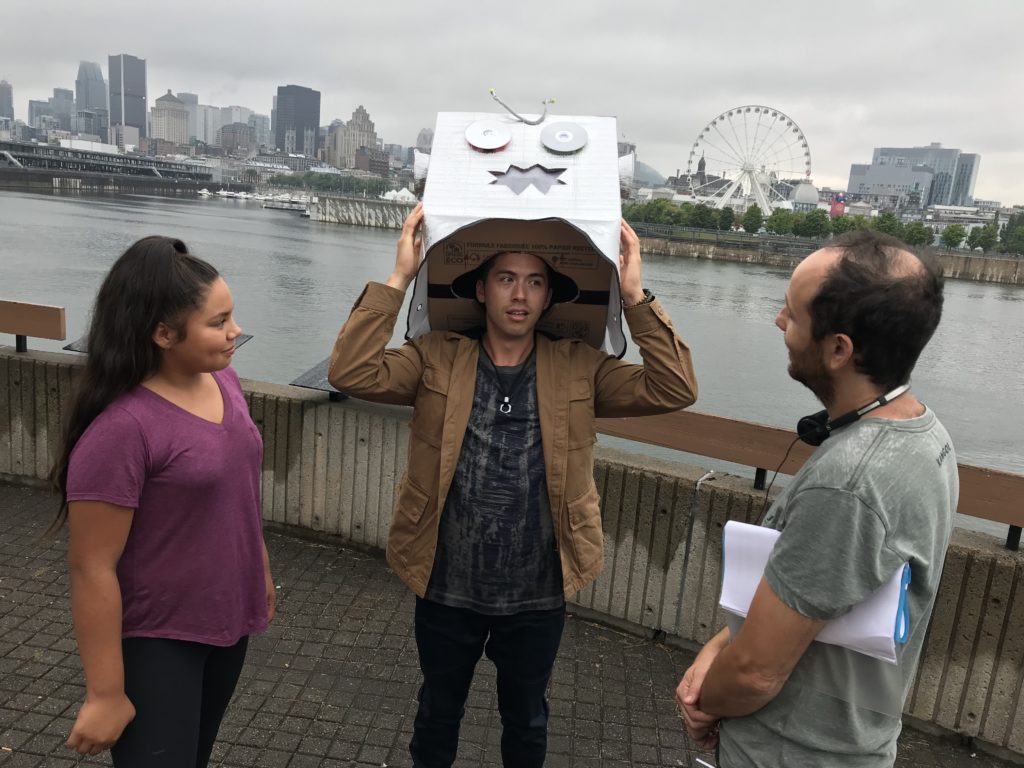 Oh man, and Rylan did you see my dance moves, I practiced those for hours, and I think they turned out prettttty amazeballs.

Someone sent me this video of you talking about the terminator Darcy LOL – also wish I was there to see that epic boat!

Don’t worry Ana, we’re gonna meet up with you soon enough, there will be more epic things to see!

Hey Darcy, do you know what I love about this epic tree decoration from our set?

There were so many cool costumes in that warehouse. I loved that epic hat you tried on Rylan 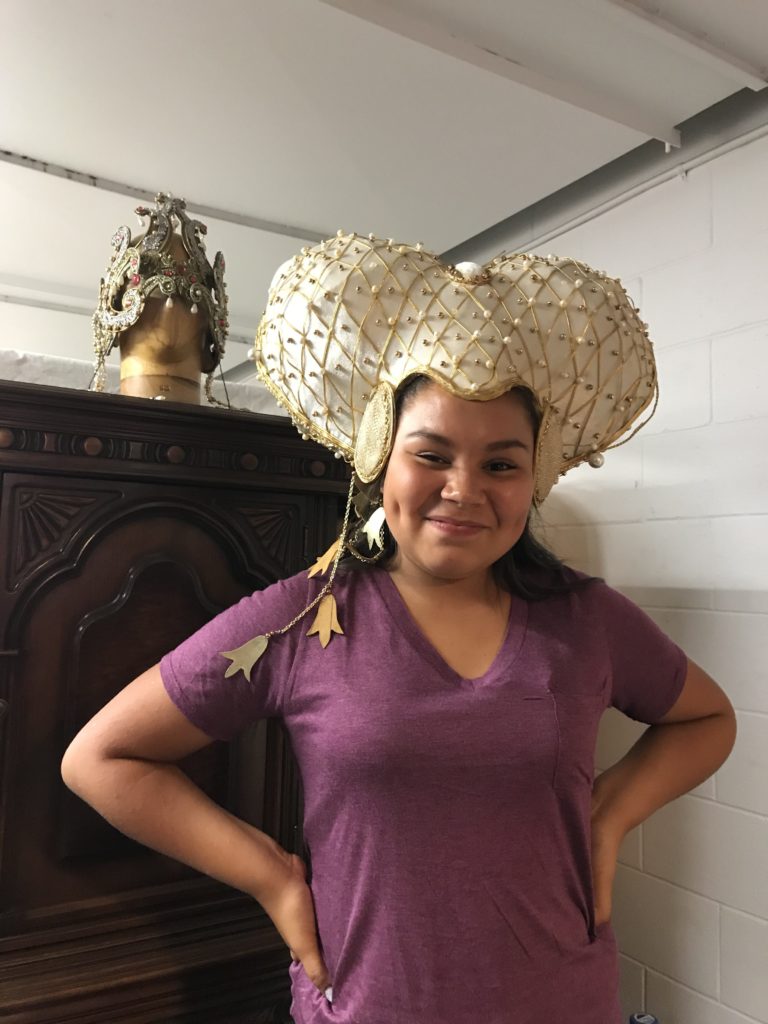 From what I remember you found a cool one too! 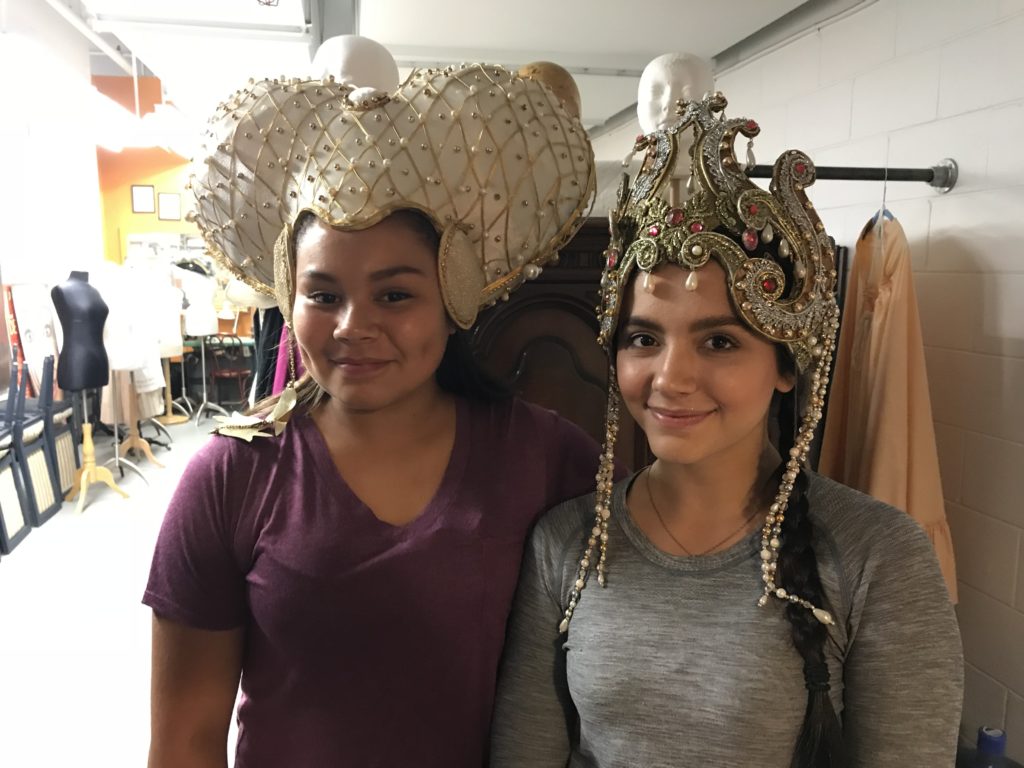 Haha Darcy was so impressed 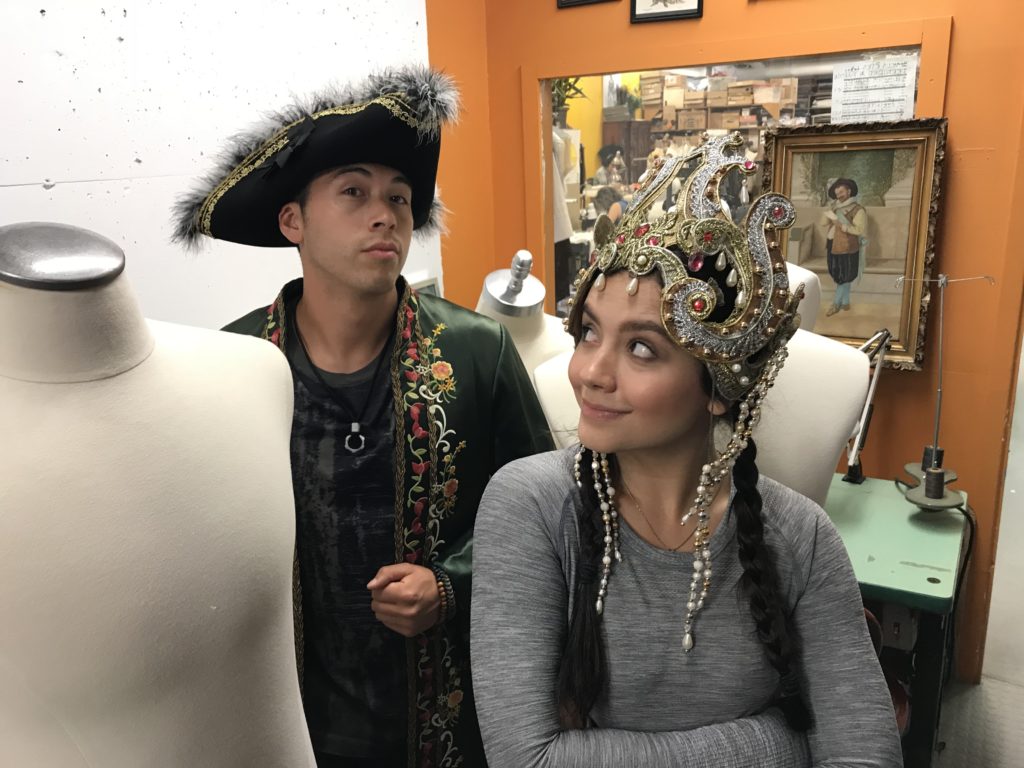 It was a pretty tight space in there, but we definitely had fun! 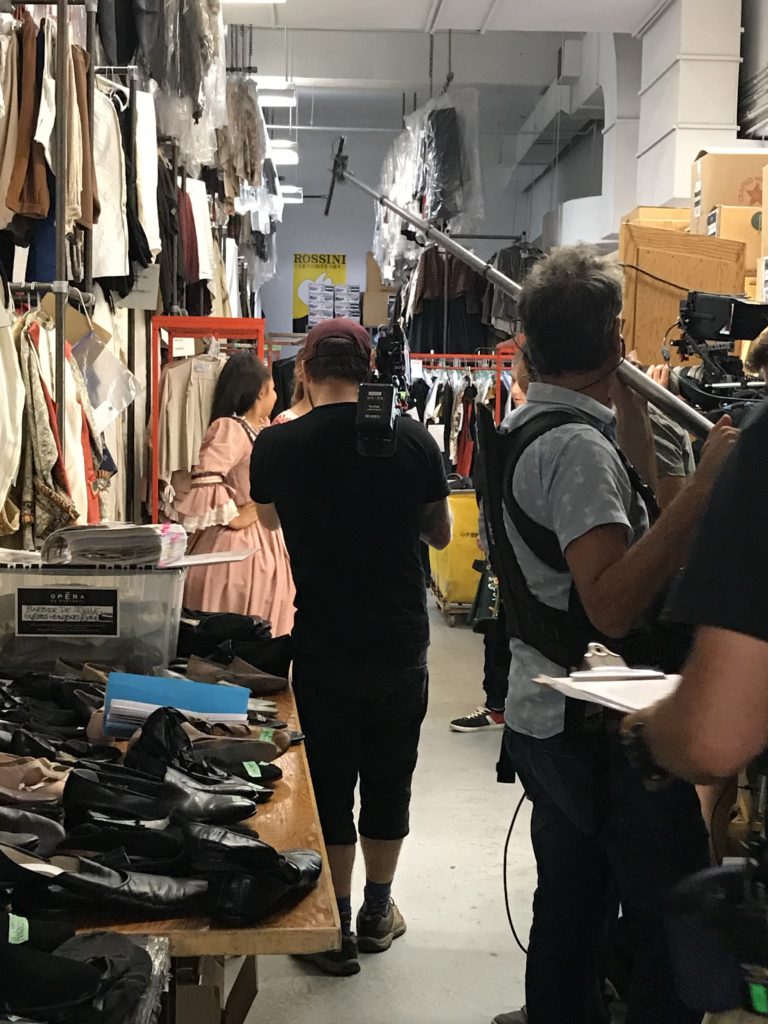 Check out the team, so hard at work on that dusty track!

Did anyone else see that little kid in his gear? I think he really wanted to be a part of the show!

Yea he was adorable!

Not as cute as us! I love how we experienced two completely different extremes! From this : 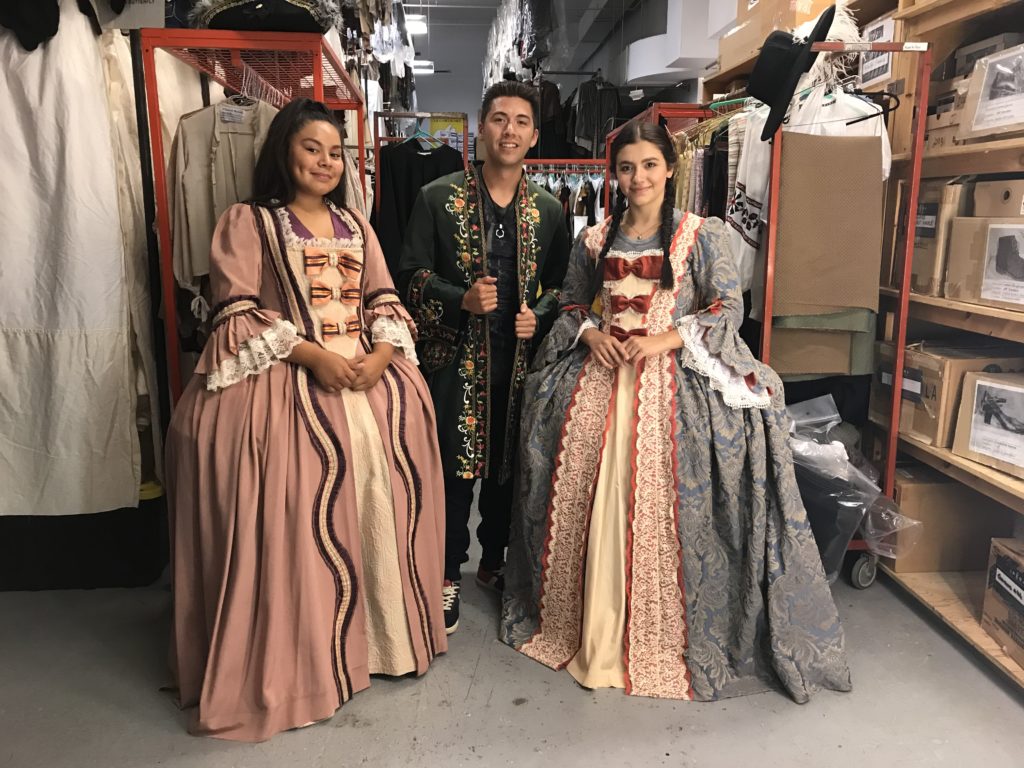 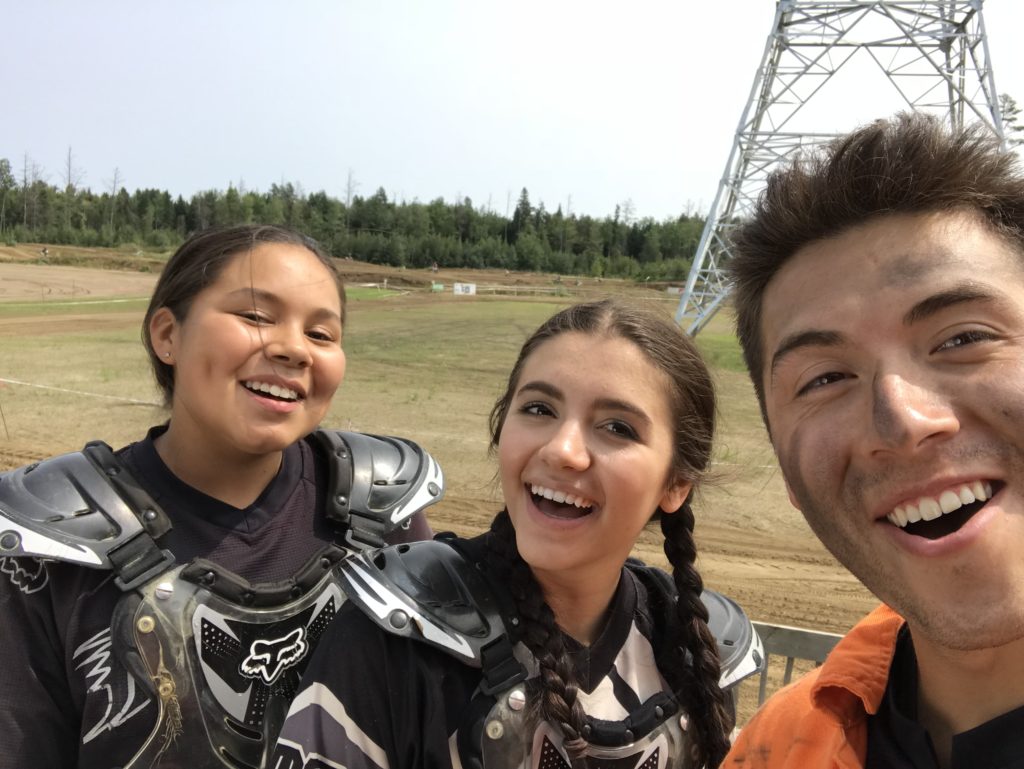 If you live in the city it doesn’t mean you can’t learn to do motocross, there are tracks just outside of most cities in Canada where you can book in for lessons and learn to let your inner racer fly! Motocross got its start in Europe around 1924 and was brought over to North America shortly after that. As equality movements gained momentum in the 60s, women became more and more active in the sport. The first national competition for women was held in 1974, known as the Powder Puff National Championships. Well, female motocross drivers are no Powder Puffs, so thankfully the name of the competition was changed the following year to the Women’s Motocross Nationals. Those drivers are so fierce, even Beyoncé would approve!

Here’s where Ana & Rylan gave it a try!

The Opera de Montreal is a landmark in Montreal, with its costume department being one of the reasons people go to see their productions. The costumes are elaborate and contain intricate details that cannot even be seen from the audience… but the costume designers and creators are artists, and take their craft very seriously. It can take 4 people up to a month to make some of the more complicated costumes! Getting to go behind the scenes into the warehouse where all these fabulous costumes are kept is a dream come true. Rows and rows of racks, mannequins wearing dresses that would make your arms weary is all in a day’s tour. Check out what the opera has coming up next!

Rylan is a thirteen year old member of the Mohawk Nation. She lives in Brantford, Ontario and is an avid Beyoncé fan! She is an aspiring actor and dreams of going to Julliard one day to study professionally before hitting the stage in front of her soon be millions of fans! She performs right now on the powwow circuit and has even won some ribbons, while also watching her favorite episodes of Degrassi on repeat!

Fun factShe is allergic to pineapples!

Ana Golja is best known for her portrayal of Zoe on Degrassi: The Next  Chapter and Degrassi: Next Class, as well her role as Ariana in the movie Full Out: The Ariana Berlin Story, which she was nominated for a Canadian Screen Award for. While continuing to pursue acting, she is also launching a new career as a singer/songwriter. Performing and recording under her full first name, Muazana, she has recently released her debut album: Epilogue. She has also tried her hand at producing on her most recent film, The Cuban. Ana is clearly a creative force to be reckoned with – we can’t wait to see what she tries next!